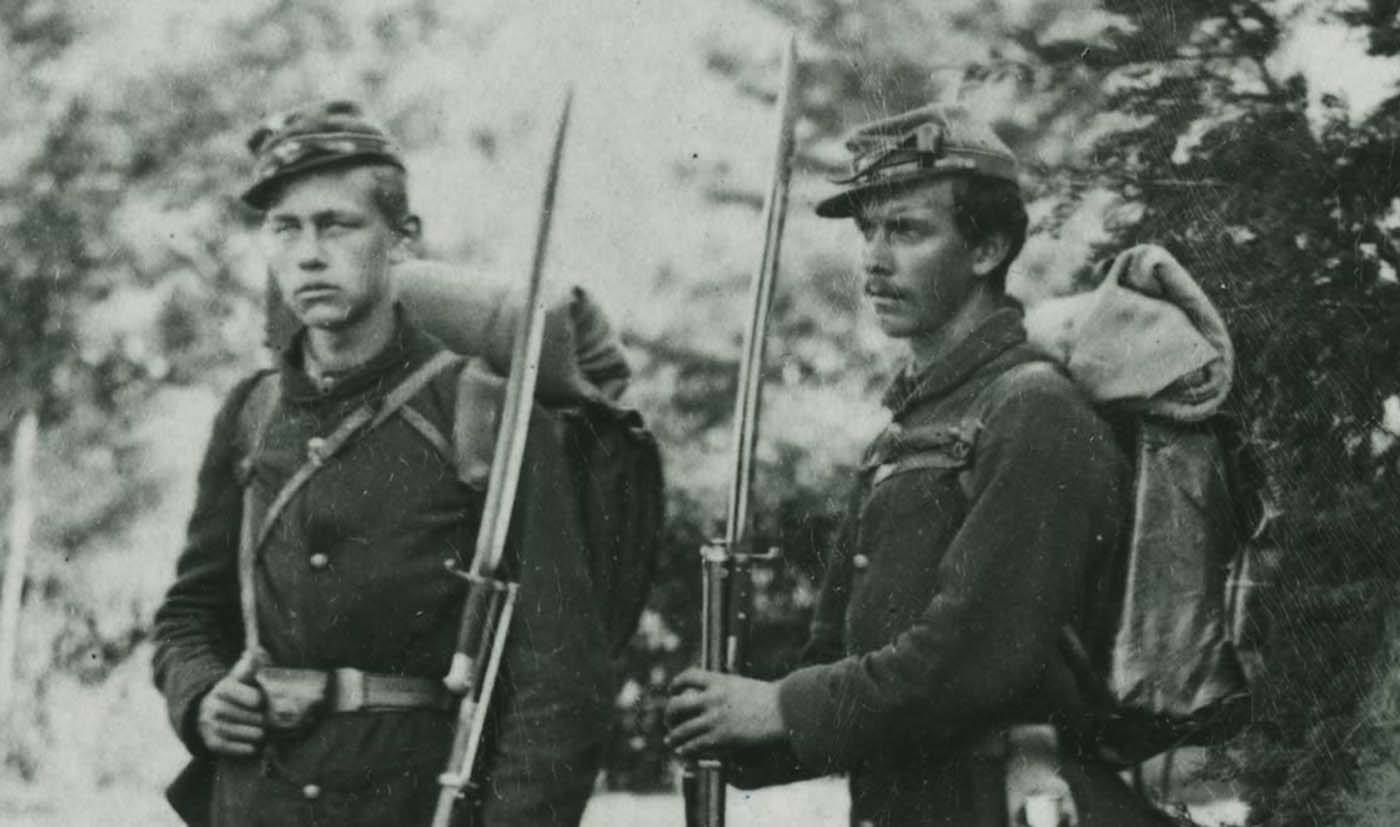 Why Watergate was such a big scandal?

The US armies were operating in different circumstances than most European countries. It didn’t really have any major powers to defend against, operated in a huge area, and mostly dealt with similar nations or Native tribes on a local level. European armies on the other hand were derived from highly centralized states that shared borders with incredibly powerful neighbors. They had rigorous military education to prepare officers and more of a “military establishment”. Could any of them reasonably cross the ocean and invade America? Probably not. But if you threw the two armies into a cage and yelled “FIGHT!” the US was in for a bit of trouble.

Let’s just start with numbers. Winfield Scott’s regular army during the Mexican-American War totaled about ten thousand men and by the end with volunteers he got upwards of 50,000. Napoleon, fighting a half century earlier could have sneezed and gotten a larger army. His Corps were about ten thousand men. By the time we are talking about the Crimean/Austro-Prussian/Franco-Prussian wars though (the European contemporaries of the Civil War), almost every European power had introduced a system of conscription, meaning that their armies could number in the hundreds of thousands.

However, this really doesn’t do the difference justice, because European states were working with the modern concept of mobilization to a large degree. This doesn’t just mean raw numbers, it means getting those regulars and the reservists in the right place at the right time. So during the Franco-Prussian War, France raised two armies of about 120,000 men each during the first months of the war. Which sounds great! Except with the outbreak of war, Prussia delivered upwards of 500,000 men across the French border. If there was ever an instance that proved that weapons mean relatively little, this was it. The French likely had better rifles, better artillery, better primitive machine guns and cooler uniforms, but that meant precisely jack diddly squat when the Prussians could get twice the number of men in your country than you could.

The drive home point here is that European armies had a sophisticated bureaucracy to organize a large conscripted active army and the railroad infrastructure to strategically mobilize that army to the right place at the right time. The US didn’t. After the war their regular army would increase slightly, but was still only about 25,000 men. This was peanuts compared to France or Prussia. The Civil War would see huge numbers of volunteers sign up, but this wasn’t the same thing as a European reservist, who had basic formal military training. The Union and Confederates were literally starting from scratch to turn men into soldiers and soldiers into an army, and could only hope that their recruits may have done a bit of hunting in the past. The Union would eventually develop a fairly sophisticated railroad system, but it was never used in the same mass mobilization type of scheme that Europe used. It was useful for supply and to some degree transport. The situation for the South was pretty dismal by comparison. There were only one or two instances of troops being transferred, and the South lacked transportation infrastructure all together.

Again, the Americans are at a pretty distinct disadvantage here. It may sound ridiculous to have all these well-to-do types sitting around pontificating about military stratagem and theory in a military academy, and even worse to have them holding political power in places like Prussia, but it did make a difference. European armies had experienced commanders and well-defined military organizations. The same systems that allowed Europe to raise huge numbers of troops also allowed them to effectively organize those troops and place a well-trained officer over them in a smaller unit than Americans could, specifically transitioning to the company as the operating unit. This really shows, especially in a place like Prussia where the Army Chief of Staff von Moltke the Elder was developing mission-type tactics (giving an objective a sub-commander and allowing him to attain it) in the 1860s and 1870s, precipitating the advance towards modern warfare, and complex deployment schemes like the Schlieffen Plan or Plan XVII.

The Americans on the other hand had only one military academy, West Point, and a fairly limited military establishment. An officer was generally an amateur commanding the men that he recruited. Most Civil War officers had really only studied Napoleonic-era military theory, and it showed. It’s really hard to look at something like Pickett’s charge and not think Lee was trying to emulate Napoleon (especially given his misguided obsession with decisive battle). The army operated at the regimental level for the most part, later the battalion level. Largely due to the primitive infrastructure, bureaucracy and leadership, American armies were very clunky for a lack of better term. This would improve as the war went on, but to be quite honest, Europe was pretty waist deep in modern warfare by the 1870s, while the US was still trying to catch up. The last point is that Lincoln had to deal with some down-right outlandish stupidity from his generals during the war, and it took them years to have a high-quality officer corps (which can really be seen at Gettysburg).

While the Europe was moving towards modern warfare the U.S. was still messing around with Napoleonic warfare and unfortunately their attempt to use Napoleonic tactics was very poorly for the most part. Napoleon himself had been able to utilize specialized “light infantry” or “skirmishers” in the early 19th century. By the mid-nineteenth century, European armies were already moving towards the skirmisher line, deploying primitive machine guns with their troops, and employing sophisticated artillery bombardments in support of battle and siege. The organization on a company level allowed for much smoother battlefield maneuver and tactical function. They had dedicated cavalry tradition (both in horse-breeding and riders) that could work in support of infantry during battle and then deploy heavy cavalry to rout a broken enemy to produce a decisive result.

The U.S. on the other hand had no light infantry tradition and due to the volunteer nature of the armies, never really developed on. They instead relied on outdated massed formations organized on the regimental level. So think line and column formation. This is not necessarily troublesome on its own, but Napoleonic tactics require infantry and cavalry to work in concert to deliver decisive results. However, the U.S. had no cavalry tradition and this led to huge issues as victories were never really decisive and armies would simply reform after a defeat. This is again because the U.S. was young enough and isolated enough to not need a cavalry tradition, it practiced irregular warfare for the most part anyway (most civil war cavalry was more of a dragoon type than the heavier cuirassier or hussar). But when its generals were attempting to recreate Napoleonic maneuvers, it caused issues.

In addition, the inexperience of the volunteers meant that formations could not “drive home” a bayonet charge. This is again an issue because the rate of fire of weapons was not enough to cause damage on its own, and charging in was critical to breaking an enemy formation and generating movement, something which can be clearly seen at Gettysburg when the Confederates stop short and fire, taking huge casualties at the hands of Union artillery/infantry. This is part of what drove the stalemate, repeated battles where neither side, to the chagrin of European observers, could properly execute a charge in combination with cavalry combat.

There is a quote by von Moltke the Elder that the Civil War was “…two armed mobs chasing each other around the country…”. This is a little unfair given the strategic situation of the U.S. at the time and the nature of the conflicts that it faced (frontier warfare). But at the end of the day, there is a lot of truth in what von Moltke the Elder said. Europe raised larger armies, with better military organization. They were rapidly moving toward modern warfare and adapting new technologies along the way. Americans were raising primarily amateur volunteer armies, led by amateur officers, employing Napoleonic tactics and struggling to do so given the conditions of their army.

This is not to say that the American armies did not develop. The Union army in particular saw massive progress over the course of the war. Grants Vicksburg campaign and Sherman’s later work both start to show patterns that will develop into modern warfare. The Union would adapt its industrial base into the war effort, producing more sophisticated guns, artillery, and transport systems. But at the end of the day, the Union and Confederacy would be hard pressed at the logistical, strategic, and tactical levels to go toe-to-toe with a contemporary European army.

John Wilkes Booth wasn’t from any of the Confederate states. Why was he such a fanatical supporter of the southern cause?

Why are homes and buildings in the US made with low quality materials?

How come J. Edgar Hoover went from a legal clerkship to a division head in just two years?

Before the events of 9/11 occurred, how prominent were the Twin Towers as a cultural symbol?

What caused the large amount of plane hijackings in the late 60s early 70s?

Why do presidents have the power to pardon?