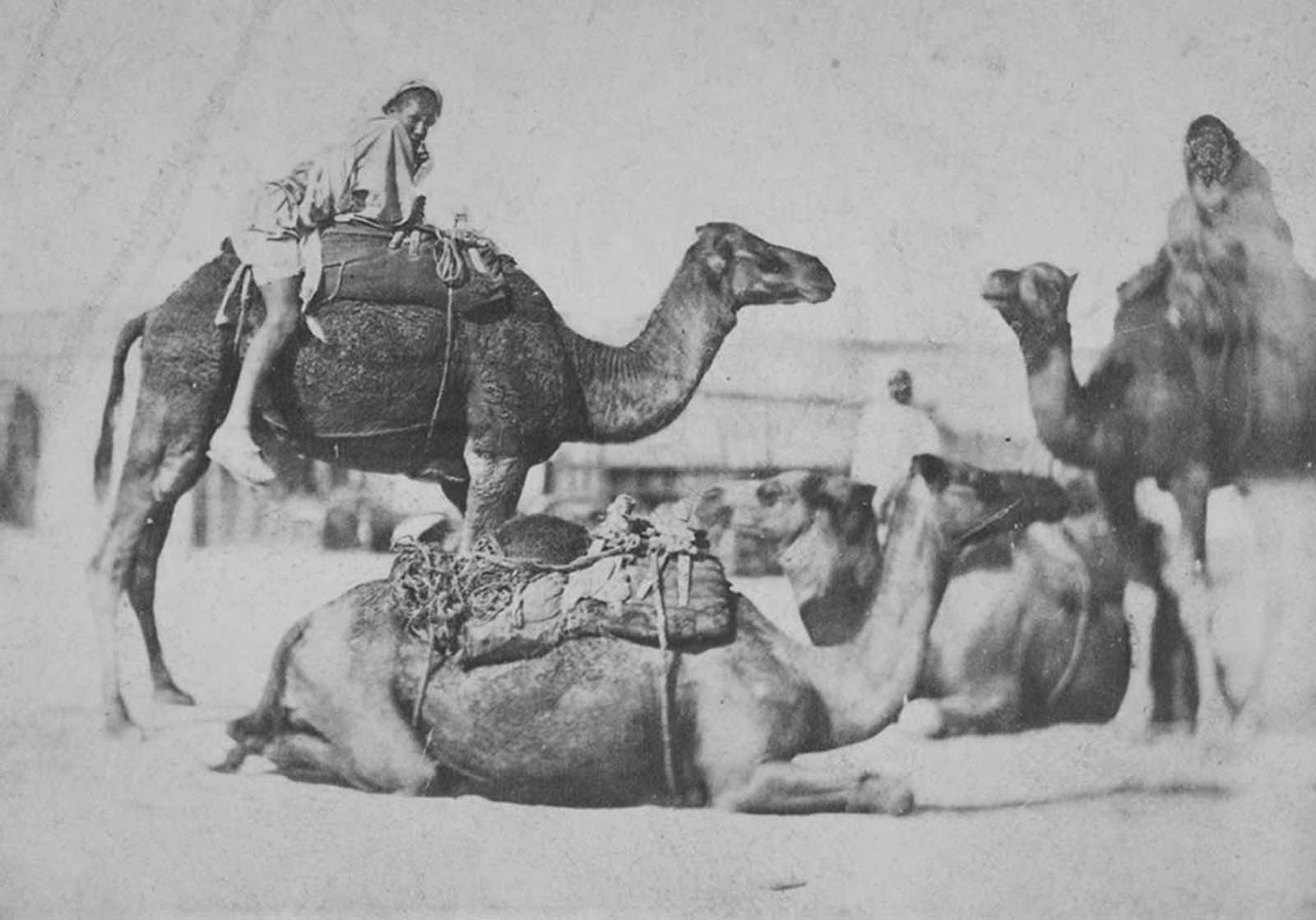 Did pirates use spears and armor?

Camels are not native to the Levant or North Africa but were introduced as a domestic breed during the Hellenistic period. How did the introduction of camels affect travel and commerce in the ancient world?

There are about two massive factors that completely changed the economical state of the Arabian Peninsula. To understand why we first have to go way back to pre-history: to about 6000 BCE.

Other parts of the Peninsula, are marked by a considerable degree of ecological diversity: the Sarawat mountain range starts in the northwest Peninsula and stretches all the way down to Yemen, where it reaches peaks of nearly 3 000 meters (9800 feet).

Either way: about seven thousand years ago the Arabian Peninsula entered a period of serious climatological change: the end of the Last Ice Age led to tremendous amounts of freshwater being dumped into the world’s oceans, leading to dramatic shifts in the Indian Ocean’s larger ecological character.

As a result, rainfall became less and less frequent, and the lush fields and valleys and rivers that once marked the entirety of the Arabian Peninsula began to dry up. The immediate consequence was that the hunter and gatherer communities of the Peninsula were forced to relocate to areas where there was still enough water to provide for their families. These were either located around oases or more prominently, in the mountainous areas of Southwest Arabia.

So around the 3rd millennium BCE, we begin to encounter archaeological evidence of these communities settling in the aforementioned regions. However, it appears that such groups were probably relatively small and isolated. Then, two very important things happened: firstly, the invention of terrace farming.

You may have seen pictures of this in Southeast Asia or Mesoamerica, but these are not the only places where people discovered that, if you create levels in the mountainside, you can manipulate the coming rainwater in such ways to provide sustainable, long-term farming.

The second important change was the domestication of the camel. Now, there are two important species of camel: the Bactrian camel of Central Asia, which is recognizable due to its two humps. Then there is the dromedary camel, which is indigenous to the Arabian Peninsula as well as the Sahara desert, and only has a single hump. A truism states that camels carry water in their humps, but it’s actually (mostly) fat. It is uncertain when the dromedary camel was domesticated exactly, but it is estimated that this happened around 2000 BCE.

These two developments are both extremely important and should not be separated. The invention of terrace farming allowed for mass crop production; the domestication of the camel allowed for long-distance travel. The most significant change the domestication camel brought to the Arabian Peninsula was that it allowed these relatively isolated communities to start trading.

Over time, goods particular to the Arabian Peninsula (particularly frankincense, which can only be won in what is now Western Oman and Eastern Yemen) found their way to the markets of the Levant and the Mediterranean. The wealth that the Arabian trade brought to the area of the Peninsula was one of the reasons why later Greek and Roman authors called the region Eudaemon Arabia / Arabia Felix: “Happy Arabia” (contrasted with Arabia Deserta, the less-hospitable and poorer northern part of the Peninsula).

Another likely result of this trade was the introduction of the so-called South Arabian script. This script, through South Arabian colonies on the Ethiopian Red Sea coast, was adapted by the Aksumites to create the Ethiopian script. This script, also known as fidäl was used to write Ge’ez, the liturgical language of the Ethiopian Orthodox Church, and is still used to write Amharic, Tigrinya, and most (if not all) other Ethio-Semitic languages. All thanks to the domestication of the camel.

Sources
1. Written by u/Kiviimar.
2. Boivin, Nicole, Roger Blench, and Dorian Q. Fuller. “Archaeological, Linguistic and Historical Sources on Ancient Seafaring: A Multidisciplinary Approach to the Study of Early Maritime Contact and Exchange in the Arabian Peninsula.” Vertebrate Paleobiology and Paleoanthropology: 251–78.
3.Harrower, Michael J. 2009. “Is the Hydraulic Hypothesis Dead Yet? Irrigation and Social Change in Ancient Yemen.” World Archaeology 41(1): 58–72.
4. Hoyland, R. 2001. Arabia and the Arabs – From the Bronze Age to the Coming of Islam. New York, NY: Routledge.
5. Groucutt, Huw S., and Michael D. Petraglia. 2012. “The Prehistory of the Arabian Peninsula: Deserts, Dispersals, and Demography.” Evolutionary Anthropology: Issues, News, and Reviews 21(3): 113–25.

Why didn’t ancient Egyptian wall paintings depict them wearing winter clothing, although modern day Egypt can get pretty cold in the winters?